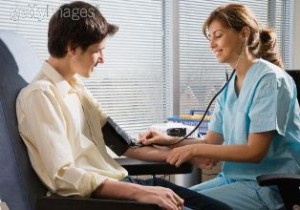 It’s an often expressed idea about medicine that if you have high blood pressure, the steps you take to lower it will have a dramatic impact on your risk for heart disease, stroke and more.

But a U.S. Centers for Disease Control and Prevention study says that almost 70 percent people with high blood pressure are not doing enough to control it.

Dr. Keith Siller, who is medical director of the Comprehensive Stroke Care Center at New York University Langone Medical Center in New York City, says: “High blood has links with stroke and heart disease, it’s a treatable and preventable condition, but unfortunately majority of people are not doing a good job for controlling it.”

High Blood Pressure: Majority of Americans not doing enough to control it
Rate this post