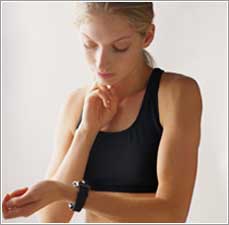 The risk of developing a debilitating and potentially lethal lung disorder called pulmonary hypertension is four times higher in women than in men, a new study says.
Pulmonary hypertension occurs due to high blood pressure in those arteries that supply blood to the lungs. In this condition the arteries that feed the lungs constrict and decrease the supply of oxygenated blood to circulate throughout the body. Usually, people feel tired and short of breath and tired because of that condition.

Dr. Adaani E. Frost, from the Baylor College of Medicine, in Houston, led that study and he and his team looked at data from the REVEAL registry that included more than 2,300 patients, then they compared it with the data they received from the U.S. National Institute of Health, a French registry and another large U.S. registry from one medical centre.

The researchers noticed that in the United States, that the condition affects four times more women than men. Similarly, most of the time it strikes people aged 48 and above.

The researchers find that there is more awareness among doctors of pulmonary hypertension, but the time frame from when symptoms first develop to diagnosis were increased by 10 months.

The study has been presented at the American College of Chest Physicians annual meeting, in Philadelphia on Wednesday.