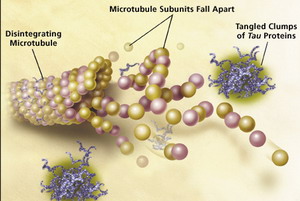 In lab specimens of animal, brain protein has found that has the ability to reduce Alzheimer’s disease, a recent study said.

In the study, researcher administered the external BDNF in the aged animal models, that have damaged entrohinal cortex or pseudo Alzheimer’s like symptoms. In both species, researchers found improvement in memory and cognition as well as decrease in cell degeneration and death rate.

“The BDNF are potent to make a difference,” researcher Dr. Mark Tuszynski, said in a news release. “When we injected BDNF in the memory circuits of the brain, we directly stimulated the cells and prevent their death from the underlying disease.”

They not only start to produce more BDNF automatically but also showed better neuronal function and conductivity among the brain cells and the effects on the untreated animal were completely opposite to the treated animals. Hippocampus, which is a part of brain, is associated with the short term memory, and the key part quickly gets damaged with the Alzheimer’s disease, also showed sufficient improvement.

“In this study, we have examined that BDNF targets the cortical cells themselves, prevent their death and stimulate their function which in turn improve learning and memory,” Tuszynski said.